Mayweather and McGregor: It’s Finally On! 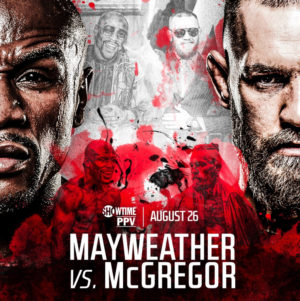 After months of speculation, the Conor McGregor-Floyd Mayweather megafight is now official. The Irish MMA star will take on the boxing legend on August 26th at the MGM Grand in Las Vegas.

As you can see from our previous news report linked above – sportsbooks have long been taking odds on the event long before yesterday’s official announcement.

According to Vegas and offshore sources, almost all the action is going on McGregor, at least so far.

House will be huge Floyd Mayweather fans on Aug 26. 95% of the early bets on McGregor +525. #MayweatherMcGregor odds>https://t.co/gLbjpD3yoh

However, there have been a few big bets coming on Mayweather.

Since the fight has been officially sanctioned the odds have adjusted quite a bit. Mayweather was a -1200 favorite at some betting sites before the news and McGregor was around a +800 dog. The flurry of bets that have come in on McGregor have made him a much smaller underdog.

At BetOnline and Sports Betting.ag, you will get a little better price on Conor McGregor at +460. Bovada is the better spot to bet Mayweather, as he’s a -610 to beat McGregor at BetOnline.

Is This Even a Fair Fight?

McGregor is an unbelievable MMA fighter, and he has done some amateur boxing. He also has quite the age advantage on Mayweather. He’s still in his prime at 28 years old, and Floyd is 40 years old.

However, Mayweather is debatably the best boxer of all time. He’s only been knocked down one time in his entire career. He has 49 wins and zero losses, with 26 of those fights decided by a knockout.

McGregor’s doesn’t have much boxing experience. He’s an excellent striker in MMA and can train all he wants, but he’s not a boxer. He’s going to be severely outmatched in this one. Yes, he’s been training. Yes, he’s a physical freak. But, let’s be realistic, McGregor would likely struggle to beat even a journeyman boxer.

I would highly advise against a bet on McGregor. It may be enticing for some based on his MMA career, but this one looks like a sucker bet for the ages. It’s also tough to want to lay -550, but Mayweather may end up being a -1000 after all the betting is done – making the price the now a potential steal and a +EV wager.

Let’s also not forget that McGregor may get disqualified if starts trying to throw some MMA moves into the match. He doesn’t want to lose and is extremely competitive. We don’t know how things will turn out if he gets frustrated by Mayweather.

Floyd hasn’t gone for knockouts in recent fights, but McGregor’s lack of technical prowess and aggressiveness may leave him more open than other fighters. Knockout propositions for Mayweather are worth a look. Under 9.5 and nine rounds are still available at many sportsbooks. I don’t see this one going the scheduled 12 rounds. 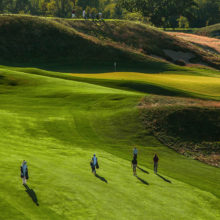 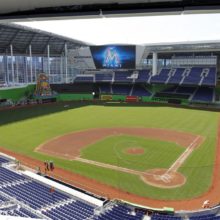