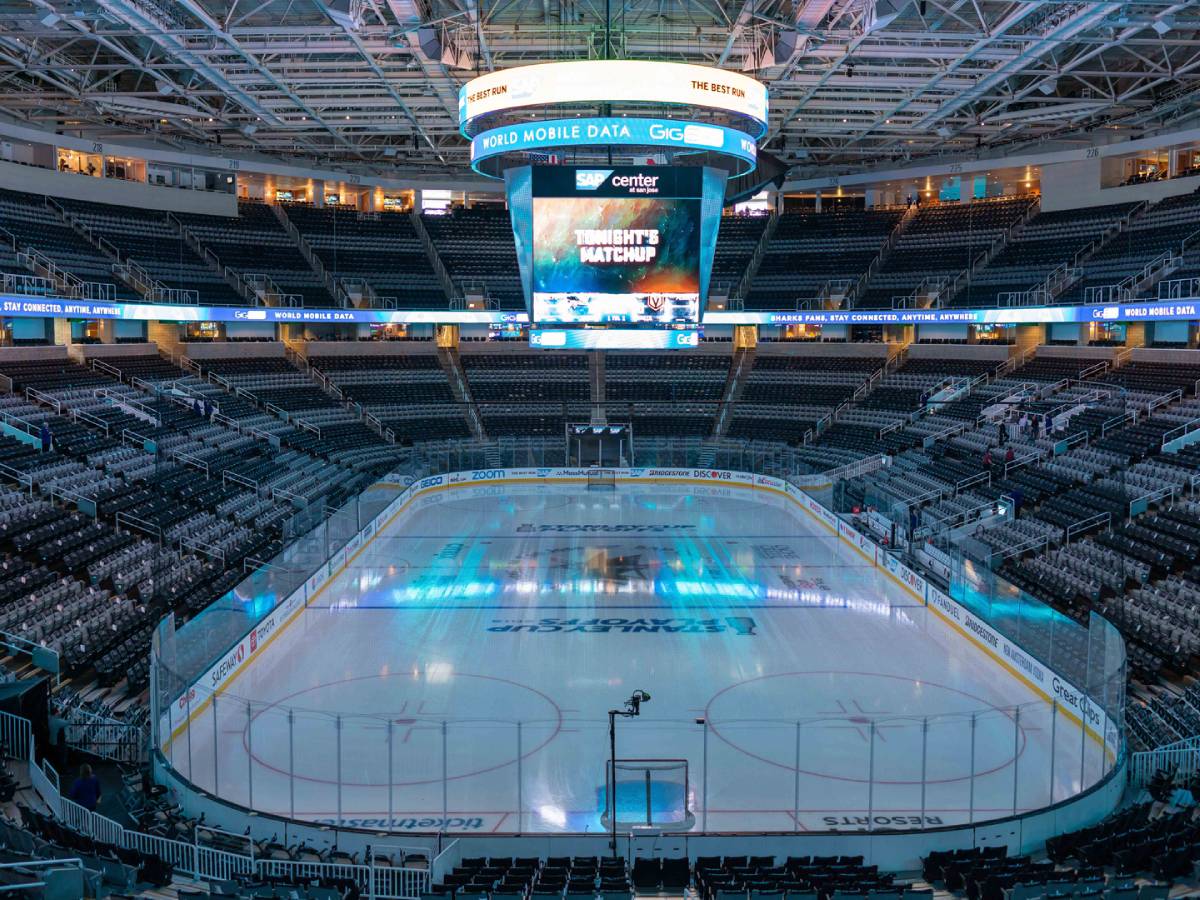 Expert NHL betting journalist Ross Benjamin previews some of the distinctive developments we are likely to encounter during the upcoming 2020 Stanley Cup Playoffs.

Take the time to read this insightful article and be a more educated and winning NHL bettor.

After over a 3-month hiatus, the NHL has its sights set on reconvening games in either late July or early August. When all is considered, we can be assured of unparalleled NHL betting situations, which must be accounted for when embarking on our daily handicapping grind. I will briefly touch upon a couple of those unique scenarios throughout the course of this article.

Top Online Sportsbooks To Bet On The Stanley Cup 2023

Currently, the NHL is in part 2 of a 4-phase script designed for returning to games being played. Team training facilities have reopened for the first time since the middle of March.

No more than a group of 6 players can be together simultaneously whether it be during on or off the ice workouts. Each group will be assigned a scheduled time and there will be no overlaps between those small contingents finishing and arriving.

While doing so, it will allow ample time between each group’s time slots which in turn allows facility employees to clean and disinfect in accordance with NHL health regulations.

Phase 3 of this process will mark the beginning of training camps opening for each of the 24 clubs participating in postseason play. That target date is set for July 10 and is expected to culminate on July 24.

If all goes according to plan, games will consummate shortly thereafter. When that does indeed transpire it will come with a Phase 4 label.

Normally 16 teams qualify for postseason action. However, there has been nothing normal about these present times. The world continues to navigate through this unprecedented global pandemic called COVID-19. When the NHL put a halt to their schedule on March 12, teams still had anywhere between 11 and 14 regular-season games left to play.

Due to the long layoff, league officials decided to cease their regular season schedule and propose expanding its playoff format from 16 to 24 teams. NHL owners passed the proposal by a lopsided 30-1 vote.

The NHL Players Union had similar results when faced with deciding upon this tender. If only Major League Baseball could be so lucky to have that type of harmony between ownership and the Players Union.

Below are the Stanley Cup futures odds on all 24 teams. All these betting odds are courtesy of MyBookie.ag.

Bet On The Stanley Cup Futures At MyBookie.ag

The Boston Bruins, Tampa Bay Lightning, Philadelphia Flyers, and Washington Capitals finished in the top 4 teams of the Eastern Conference standings. It was a top 4 of the Dallas Stars, St. Louis Blues, Colorado Avalanche, and Las Vegas Golden Knights in the Western Conference.

Furthermore, the remaining 16 participants will be seeded 5 through 12. Those teams will play a best-of-5 series with the winner advancing to their conference quarterfinals. Those 1st round matchups are listed below.

Starting with the Conference Quarterfinals Round, each series will be a best-of-7. The NHL has yet to determine if they will use playoff brackets or reseed teams upon completion of each round.

No Fans or Home Ice Advantage

There will be no fans in attendance during the 2020 Stanley Cup Playoffs. The games will be played in two hub cities to create a bubble type of health environment. As of this writing (6/18/2020), there were 10 cities in the running. Those include:

The NHL is slated to officially name the 2 hub cities on June 22nd. There will be one city designated per each conference. The host site for the Stanley Cup Finals has yet to be determined.

Granted 9 of the 10 candidate cities to host this marquis event have teams in the postseason parade. Nevertheless, with no fans being allowed to enter, home-ice advantage is for all intent and purposes a moot point.

Unless you want to place importance on a team playing in their own home city and having the advantage of sleeping in their own bed. Personally, that will be little if any factor when it comes to handicapping on a game to game basis. Additionally, I consider it null and void when making a series bet.

This year will be like no other when it comes to handicapping the Stanley Cup Playoffs. The NHL will take extreme precautions when resuming play with health being a primary concern for its players, coaching staffs, trainers, and media personnel. All the previously mentioned people will be tested often and regularly.

It has been an unwritten NHL rule among players for many decades that unless you are unable to walk, then sitting out a playoff game is unacceptable.

Sure, that is an extreme and archaic ideology, but still not far from the truth even in the modern era. It is common knowledge within sports betting circles that NHL players have an extremely high tolerance to pain and especially so at this time of year. Moreover, NHL teams are not exactly forthright in disclosing injuries at playoff time.

No Gray Area When It Comes To COVID-19 Testing

Unfortunately, there will be no gray area when it comes to positive COVID-19 test results during this postseason. If tested positive, a player will not only be out for his team’s upcoming game, but it requires a minimum mandatory 2-week quarantine. Notably, all players and staff will be tested on game days.

Potentially, one positive result can turn into several, depending on each individual circumstance. Subject to who the player or players are, it could bring about huge line movement. Thus creating or erasing any betting value that existed prior to the positive test results.

Any time you have a quality goaltending tandem of Pekka Rinne and Jusse Sarros your team does not figure to be any easy out. These two goalies have combined for 7 shutouts in 70 games this season.

Renne has endured a subpar regular season by his standards. But he is still world-class and very capable of stealing games during a deep playoff run. Sarros posted a solid 2.70 GAA and .914 save percentage in 34 starts.

Forwards Matt Duchene and Filip Forsberg provide plenty of offensive sparks. The Predators also possess a trio of elite two-way defensemen in Roman Josi, Ryan Ellis, and Mattias Ekholm. Those 3 combined for 32 goals, 104 assists, and 136 points in 203 games played. They also have a cumulative plus/minus rating of +32.

I just have this sneaky feeling that Toronto is poised to make a serious postseason push. As a matter of fact, I would not be shocked whatsoever if they won it all. When you have forwards the likes of Auston Mathews, Mitch Marner, John Tavares, and William Nylander it can create many sleepless nights for opposing coaching staff.

The Leafs #1 goaltender Fredrik Anderson has plenty of Stanley Cup Playoff experience and these upcoming pressurized games will not unnerve him. Toronto also owns plenty of experience on defense with Tyson Barrie, Jake Muzzin, Morgan Rielly, and Cody Ceci.

The Lightning will be chomping at the bit after being swept in the opening round of last year’s playoffs by Columbus. That was a President’s Trophy-winning Tampa Bay team that amassed an enormous 128 regular-season points and was a prohibitive favorite to win the Stanley Cup.

The Lightning accumulated 92 points in 70 regular-season games this season, and only last year’s Stanley Cup Final teams St. Louis and Boston were better. Right-winger, Nikita Kucherov, is a bona fide superstar. All he has done over the past 2 regular seasons is score 74 goals and add 139 assists for 213 points in 150 games.

Tampa Bay is loaded for bear and very hungry. I look for goaltender Andrei Vasilevskiy to be a brick wall over the next 2 months. He is very capable of getting red-hot for a prolonged period and is a beneficiary of an excellent supporting cast. It would not surprise me in the least if Vasilevskiy is this year’s Conn Smythe winner awarded annually to the MVP of the Stanley Cup Playoffs.

I firmly believe there is sufficient betting value on Tampa Bay while still at reasonable odds of +600. 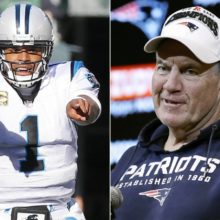 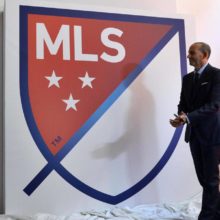