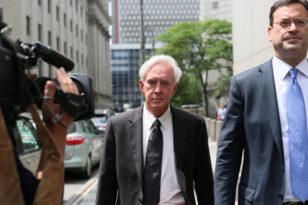 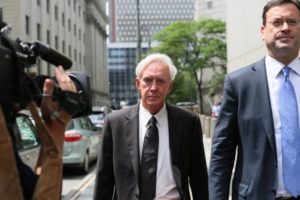 Legendary sports bettor, Billy Walters, was found guilty of insider trading on Friday. Debatably the most successful and famous sports gambler in history, the now 70-year old Walters, faces the prospect of spending the rest of his life in prison.

Walters earned his high profile by being a founding member of “The Computer Group.” The group was one of the first to use statistical analysis to win at sports betting. They were one of the most successful sports betting syndicates in history, winning millions by primarily betting on college football and basketball games in the 1980s.

Walters was the most successful of the group. He was famously profiled by 60 Minutes as a juggernaut of sports betting and a gambler that “never had a losing year.”

In addition to being a successful sports bettor, Walters had built a business empire. He owned golf courses and card dealerships in Las Vegas and was well connected, with friends with professional golfer, Phil Mickelson, and billionaire investor, Carl Icahn.

However, it’s his relationship with former Dean Foods chairman, Tom Davis, that will likely send him to prison. Davis handed out non-public information to Walters for six years. In exchange, Walters helped him out financially.

Walters’ defense did their best to paint Davis as dishonest and that his testimony could not be trusted. He did have a history of lies and deceit when it came to his past gambling issues, but that was not enough to sway the jury, which choose a guilty verdict in just over two days of deliberation.

Despite his success in gambling and business, Walters was hit just like the rest of Nevada in the recession that took place in the mid-2000s. After his finances had become strained during that period, Walters began taking stock tips from Davis, which saw him generate some 43 million in profits.

Walters said after the verdict on Friday that, “I just lost the biggest bet of my life.”  Sentencing is scheduled for July in the case, where Walters could spend up to a decade or more in prison. For now, he has been allowed to return home to Southern California while he awaits sentencing. His attorney plans to file an appeal.