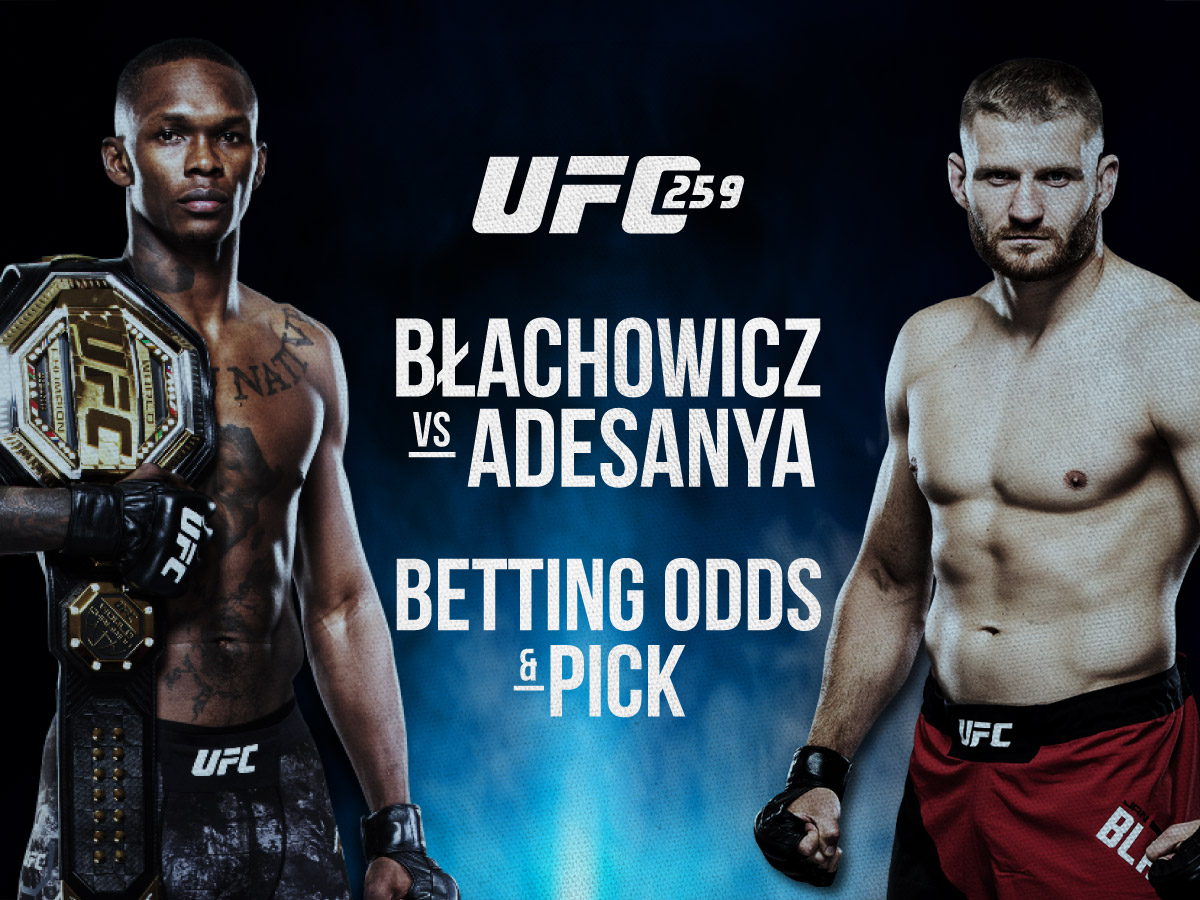 The Nigerian-born, New Zealand-made prodigy, Israel Adesanya, will put his undefeated status in play. He will clash against Jan Błachowicz at the UFC 259 main event.

The UFC Light Heavyweight Championship will be at stake when Adesanya and Błachowicz face each other at the UFC Apex in Las Vegas, Nevada on March 6, 2021.

The following article will explain the odds of the UFC 259 main event and the chances of each fighter to come out with the win.

UFC 259 Odds For The Jan Błachowicz vs. Israel Adesanya Fight

It’s not a surprise Israel Adesanya is the big favorite to prevail in this contest and remain undefeated.

Because this is a title fight for the UFC Light Heavyweight Championship, the contest will be up to 5 rounds. The oddsmakers set the Over/Under rounds in 2.5. The highest price is at Over 2.5 with a -135 juice.

Here’s one thing you might not know just by looking at the UFC 259 odds. Jan Błachowicz is the UFC Light Heavyweight Champion. He earned the belt in September 2020 by knocking out Dominick Reyes at the UFC 253.

Błachowicz has won four outings in a row, including the win against Reyes. He trademarked “Polish Power,” and how can you blame him? Three of his four wins ended before the decision, all via KO/TKO victories.

He’s not the most agile fighter, but each contact comes along with a lot of pain. In the video above, you can see Reyes’ right side is red after the polish kicked him several times.

Jan took the air out of him to later finished Reyes with a one-two punching combo.

Another thing going his way is Błachowicz has fought his entire career at 205 pounds. It is his division, unlike Adesanya’s. He will enter the UFC Apex octagon with a 27-8 record.

It’s clear Israel Adesanya is the guy who doesn’t back out of a challenge. “The Last Stylebender” is 20-0 in his MMA career, with the UFC Middleweight Championship belt already around his waist.

If Adesanya beats Błachowicz, he will become the fourth fighter to be a champion in two divisions simultaneously.

The major reason Adesanya moved to 205 is that there are no real challengers left in his weight. He proved it when he destroyed Paulo Costa at UFC 253 in the middleweight title fight.

Adesanya mentioned Costa was taunting him during the entire fight because the Brazilian knew they weren’t at the same level. Israel said Costa was trying to bate him.

What makes Israel Adesanya so dangerous is how smart he is when trying to figure out an adversary.

He also has so many tools in the fighting kit that he can beat opponents in many ways. Against Costa, he played the counter to perfection.

Israel has been training with a breathing coach for this fight against Jan Błachowicz. Whatever happens, he won’t be out of gas when facing the Polish.

Bet On Adesanya At BetNow.eu

Jan Błachowicz is the type of fighter that could end up giving us a surprise if he can connect a solid punch. He needs one.

But Israel Adesanya is a different cat. He’s not only fast and elusive, but his counterattacks are dangerous and inflict pain like no other.

Adesanya might not look like a light heavyweight, but once that punch hits your face, you realize why he has been impossible to beat.

Israel Adesanya is the best fighter out of the two. He will win this contest.

Now, seeing he’s been training cardio and looking for better breathing techniques makes me think he’s expecting a long fight. I like the Over as well.

Our Błachowicz vs. Adesanya Pick For UFC 259

If you are new at sports betting remember to select one of our UFC recommended sportsbooks. Once you pick your favorite, don’t forget to claim the welcome bonus.

Top Sportsbooks To Bet On UFC 259 Błachowicz vs. Adesanya

Read Our Guide With The Best MMA Betting Strategies 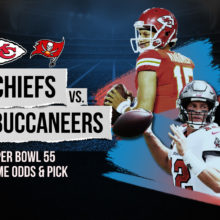 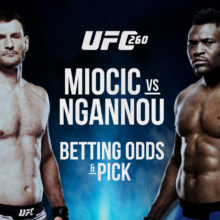