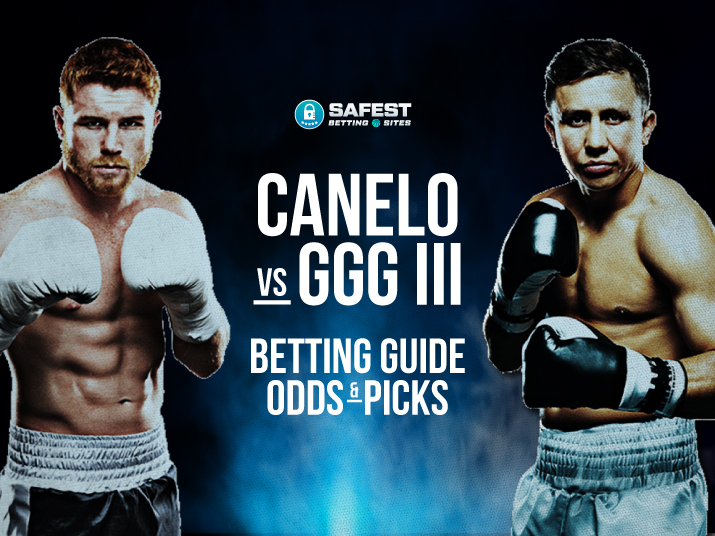 The last tale of the fantastic and provocative trilogy between Canelo Alvarez and Gennady Golovkin is upon us.

The T-Mobile Arena in Las Vegas will host the third chapter on Saturday, September 17, in a Pay-Per-View event worth your money. The first two fights were both controversial and exciting.

In this guide, we’ll focus on how to take advantage of Canelo vs. GGG 3 betting odds and analyze some of the best bets you can place.

We will include some props available for this super-middleweight title matchup and tell you exactly how to bet on Canelo vs. Golovkin III online. Let’s get started!

Best Sites To Bet On Canelo vs. GGG 3

Canelo vs. GGG 3 Odds to Win

Unlike the previous two fights, this one has a clear favorite.

BetUS Sportsbook, our recommended site to bet on the fight, has Canelo Alvarez -600 to win this contest by any means necessary. If you are new at betting, you must bet $600 to win $100 if you take Canelo’s side.

A win by Golovkin is currently at +400. A $100 investment on GGG will pay you $400 if the Kazakh fighter finally beats Canelo.

The total is at 10.5 rounds out of a 12-round fight. The Over has a -220 price and the Under +180. Both previous contests went the distance, which is why the Over is the favorite.

Bet On Canelo vs GGG 3 At BetUS

Tale Of The Tape For Canelo Vs. GGG 3

How To Bet On Canelo To Beat Golovkin

Saul Canelo Alvarez is currently in the prime of his career.

Canelo is 57-2-2 with 39 KO wins but is coming off a shocking defeat against Dmitrii Bivol back in May. It was his first loss in eight years and only the second of his entire boxing career.

Ultimately, Alvarez didn’t take Bivol seriously and paid the price. When Canelo is hitting on all cylinders, he’s almost untouchable. He’s one of the world’s fastest defensive fighters. Catching him off guard is nearly impossible.

In the first two fights against GGG, Canelo was more like the up-and-coming challenger with a bright future. After beating Golovkin by decision in the second fight, Alvarez arrived at the biggest stage. He’s now boxing’s biggest star in the world.

Now, taking Canelo at -600 doesn’t present any value. You need to pay way too much money for such a little return.

Instead, you must turn your head to the boxing props. My favorite bet is Canelo Alvarez to win by decision or tech decision at +110 at BetUS.

The last two fights have ended in decisions, and the third should have a similar conclusion.

Here are some other prop bets in favor of Canelo that you can find at BetUS. Remember, the number next to the plus sign (+) means the money you could win with a $100 investment.

Bet Now On Canelo At BetUS

How To Bet On Golovkin To Beat Canelo

Many believe GGG won at least one of the two fights, but the judges refused to give him the W.

Others think both fights were a draw, and he was wronged in the second meeting.

Now five years since the fight clash, Golovkin is 40 years old. He will try to finally add a victory over Canelo to his resume.

GGG is 42-1-1, with the only loss via decision against Canelo in the second chapter of this trilogy.

Golovkin showed all his power in April when he beat Ryota Murata via TKO in the 9th round in a fight in Japan.

The Kazakh looked in great shape and with tremendous power, like in his best days. He doesn’t look 40, and if Canelo doesn’t take him seriously, an upset could be on the horizon.

I already explained that there is no value in betting Canelo in the money line, but there sure is value in taking Golovkin. If you think GGG can finally grab the win, a $100 bet to win $400 is surely worth the investment.

When was the last time you caught Golovkin at +400? I could argue it had never happened.

Here are some other prop bets that you can add to Golovkin’s outright win:

Bet Now On Golovkin At BetUS

My Canelo vs. Golovkin 3 Betting Prediction

As I have already stated, Canelo’s win on the money line is not worth enough.

You need to either add the method of victory or pick the right round where he will win to make the evening worth it.

I get the price is not precisely a great number, but betting the Over is not as expensive as betting Canelo in the ML.

As we know, the previous two bouts ended in a decision. I expect the third fight to follow the same path.

Bet On Canelo Winning By Decision +110

Where To Bet On Canelo vs. GGG 3

The following are the best sportsbooks to bet on Canelo vs. Golovkin. Make sure to take advantage of their bonuses!

Read Our Review Of The Best Offshore Sportsbooks 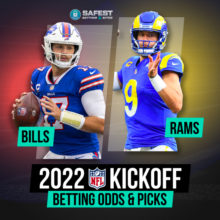 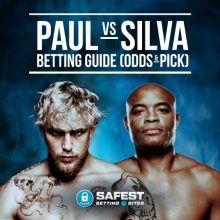