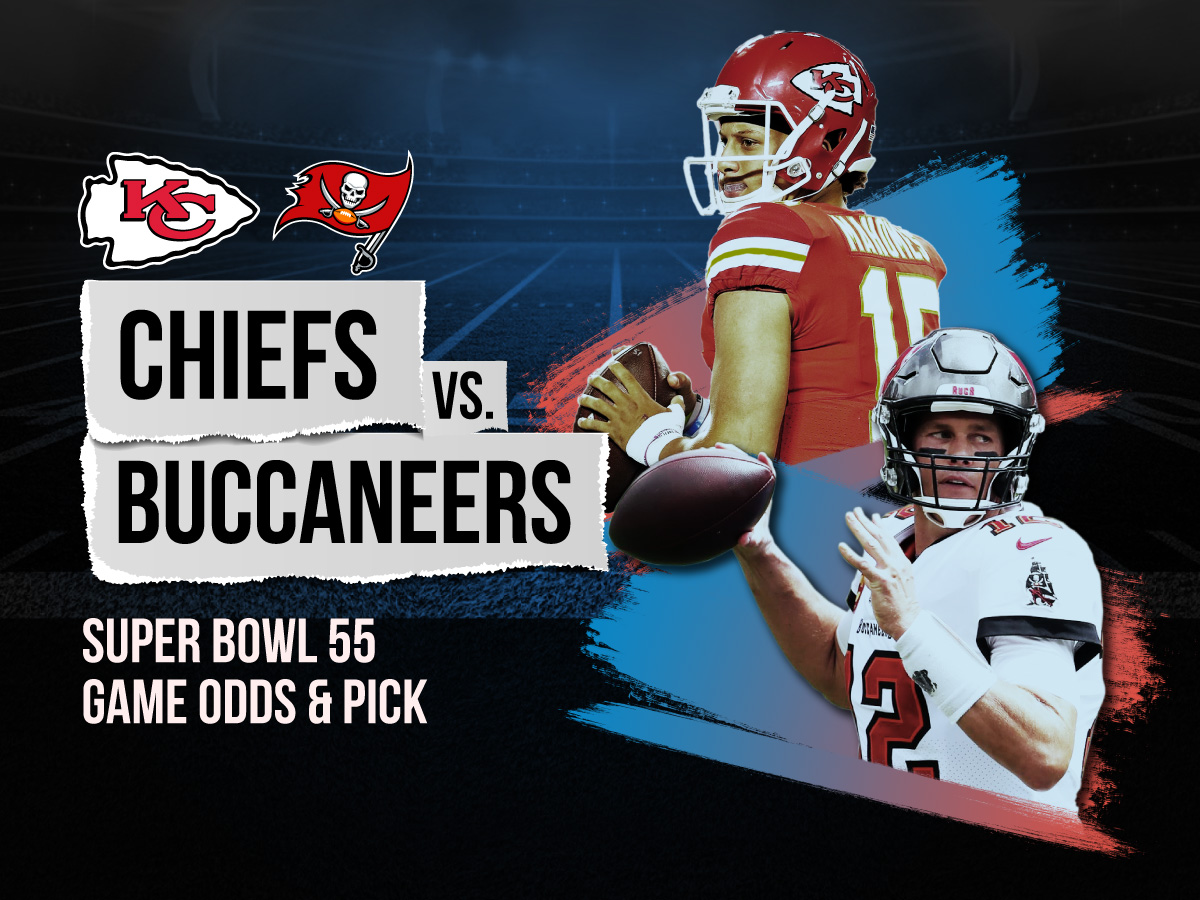 Super Bowl 55 is nearly upon us and bettors have a dream matchup between two of the best teams in the NFL and two of the greatest quarterbacks of all time.

Tom Brady and the Buccaneers will do their best to dethrone Patrick Mahomes and the Chiefs as they go for the repeat.

Read on to learn more about the Chiefs vs Buccaneers betting odds movements and our expert’s pick.

The Chiefs have been the favorite since opening and Kansas City -3 hasn’t moved too much. We do have some sportsbooks at -3.5/+3.5 but those are rare.

The total opened at 56 at most online sportsbooks and is still around that number, with all betting sites with 56 or 56.5.

BetNow Sportsbook actually has an excellent number on the over at 56 points at -106.

Bet On The Super Bowl 55 Game At BetNow

How The Buccaneers Got to Super Bowl LV

It was an up and down season for Tom Brady in his first year in Tampa. The Buccaneers had a rough midseason stretch that saw them compile a 7-5 record after Week 12.

However, they finished the season with a bang, winning four games straight and punching their ticket to the postseason as a Wild Card in the NFC.

Tampa Bay managed to win three straight games on their road to the Super Bowl.

With wins over Washington in the Wild Card Round, rival New Orleans, in the divisional round, and finally, knocking off the No. 1 seeded Packers in the NFC Championship.

How The Chiefs Got to Super Bowl LV

Kansas City compiled a 14-2 record in the regular season, with their only loss coming against the Oakland Raiders. They also lost in Week 17 but sat all of their starters in that game.

After Pittsburgh collapsed late in the season after the year 11-0, the Chiefs easily cruised to the AFC No. 1 seed.

KC had a bit of a scare against the Browns when Patrick Mahomes left the game, but they still hung on to win that contest by a score of 22-17.

The AFC Championship was a bit easier for the Kansas City Chiefs. With Mahomes fully rested, they took care of the Bills in what became a beat down by a score of 38-24.

It’s going to be a great show between these two quarterbacks, but it’s vital that we look at the entire game when it comes to evaluating this matchup.

I think there is a clear edge to Mahomes when we put him against Brady, even if he’s the greatest quarterback of all time.

Tampa Bay’s offense has been on fire as of late. Since Week 15, they have scored over 30 points in every game, including the playoffs.

I do think this offense gets it going against the Chiefs, but the question is will it be enough to match Mahomes?

Kansas City did play Tampa Bay this season winning 27-24, in a game that started the Buccaneers’ current win streak.

Brady threw for 345 yards in the victory, but Mahomes torched the Bucs’ secondary for 462 yards and three touchdowns. Wide receiver, Tyreek Hill, exploded for 269 total yards through the air and three TD receptions.

Tampa Bay’s offense has been a bit more fluid since then, but Kansas City’s defense has also stepped up a bit.

Their performance in the postseason has been especially impressive, holding the Browns to just 17 points and Josh Allen’s Bills to just 24 points.

While I don’t see the Chiefs’ defense stopping Tom Brady and the Buccaneers – they may do enough in this game for their offense to outscore the Bucs.

If Kansas City makes a commitment to throw the ball, early and often, they could easily drop 40 points in this game.

I think we’ll see the Buccaneers attempt to pressure Mahomes with just four players (until it doesn’t work).

I do not see this working against Mahomes, who is excellent against the blitz and can not only create magic outside the pocket with his arm but his legs, as well.

Who Will Win Super Bowl 55?

Three points is a key number in NFL betting markets and I do like the Chiefs at -3 to -120. They should win this game.

I also think the total has just as much, if not more value at over 56. I think both these teams score plenty and we could easily be looking at a 37-24 final score in favor of Kansas City.

Bet Over 56 Points At BetNow

Don’t Forget To Check Our Guide On NFL Betting 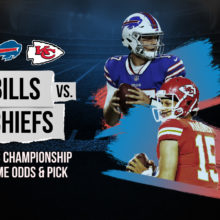 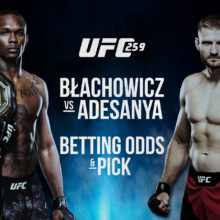