Lizzo, the “Truth Hurts” rapper/singer, set the world on fire in 2019 and looks to do the same at the Grammys this year. With a strong social media presence, a winning attitude, it’s very hard to not want Lizzo to walk away with all nine awards she’s been nominated for.

Lizzo has some real competition this year, though, as “Bad Guy” singer Billie Eilish has her eye on a couple of those awards and is an early favorite to take at least two awards.

When “Bad Guy” hit the charts this year, it skyrocketed to the top, and with adoring fans and an impressive vocal range, it’s clear why Eilish is one of the favorites.

In the category of Song of the Year and Record of the Year, Eilish will have to beat out Lil Nas X’s “Old Town Road,” perhaps the hottest song of the year that broke the record for most consecutive weeks at No. 1.

With plenty of categories to bet on this year, let’s break down the greatest music awards show on Earth and make some picks.

Eilish is easily the frontrunner in this category. Bursting on the scene with “Bad Guy” releasing in March 2019 and being a guest on Hot Ones, a popular YouTube show, Eilish has become a -325 favorite to win this category.

Following her is Lizzo, at +150. Although Lizzo has been making music and touring for over a decade, 2019 was the year that her single “Truth Hurts” hit the radio.

Rounding out the top three is Lil Nas X, a long shot to win this one at +1000. Besides “Old Town Road,” he hasn’t seen the same record-breaking success on his other titles.

Odds To Win Record of the Year

This one could be dicey with so many great songs to choose from. Lil Nas X leads the pack with “Old Town Road.” Could there be an upset, though?

OUR PICK TO WIN RECORD OF THE YEAR: Billie Eilish – Bad Guy +175

Odds To Win Song of the Year

With no clear frontrunner and a mix of really great artists, this category seems pretty hard to pick. Let’s look at the current odds.

Our pick is that Billie Eilish will get her second award in this category.

Odds To Win Album of the Year

Keep in mind that the Album of the Year is awarded to all the people involved in the creation of the album. The winners are the artist, producer, recording engineer, and mastering engineer.

Bet On The 2020 Grammy Awards At Bovada

Bovada is one of our top-rated betting sites. It offers new players a 50% Up To $250 on their first deposit. It accepts a variety of cashier methods, including several cryptocurrencies. These are processed for free when making a deposit or requesting a withdrawal. It has some of the highest limits for betting on regular sports, eSports and events.
Share with your friends:
TAGS: 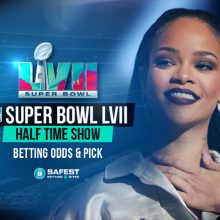 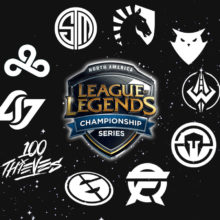