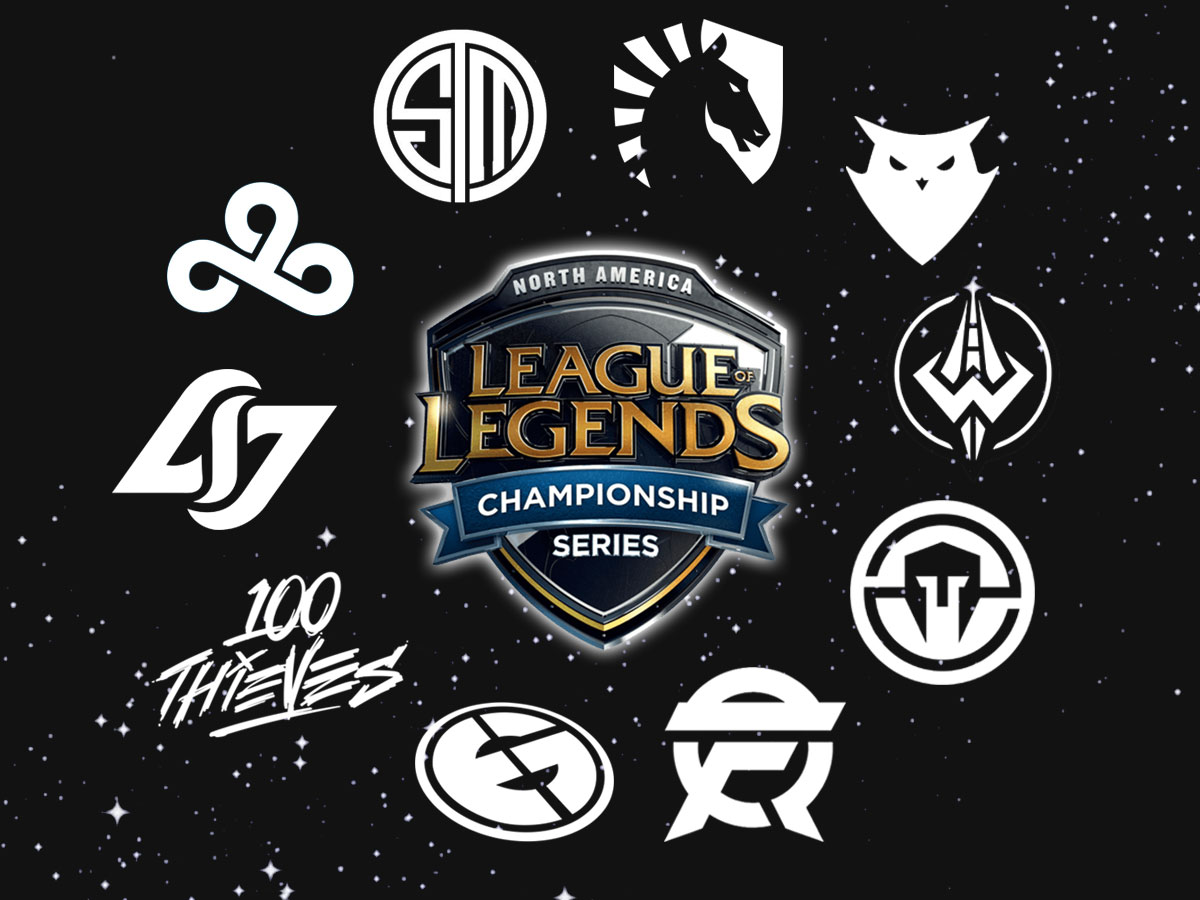 The NA LCS Spring Split is upon us soon, and a ton has happened since the League of Legends World Championships ended in November. We have three new organizations Immortals, Dignitas, and Evil Genius rejoining the league.

There is a ton of roster changes in League of Legends that have happened to shift some of the power struggles (and keep others the same). Going into this season, it’s important to get a feel for where these teams stand. This will help you know what NA LCS team to bet on or not.

Some things just stay the same. Team Liquid repeated its strategy of replacing their perceived weakest link to make the most dominant looking team North America has seen. Last season, they replaced Pobelter for Jensen, and this time they replaced Xmithie for Fnatic’s Broxah.

Coming over from Europe, Broxah had been dominant for many splits for Fnatic. He brings his talents to Liquid, who are hell-bent on making a deep run at Worlds. It would be a disappointment if this team didn’t win both Spring and Summer splits and make a deep run at MSI again.

It’s tough to say where a weak link could be, but one worrying factor is that they have had visa issues with Impact and Broxah, which could’ve hindered their preparation coming into the season. We could see a slightly vulnerable Team Liquid in the early stages of the split and lose some games they usually wouldn’t.

After missing worlds last season and falling to Team Liquid in a heartbreaking loss in the finals of Spring 2019, TSM has picked made three roster changes. They’ve picked up Dardoch in the jungle, Biofrost on Support, and Kobbe as ADC. TSM continues its revolving door of junglers. It’s tough to say how he’ll fit in this team, given his past behavioral issues, but the talent is there. Biofrost rejoins his original team in a fun little narrative that fans will enjoy.

The biggest upgrade is Kobbe, who used to be on Splyce in the EU. Kobbe has always been an incredibly solid ADC who’s willing to be the solo carry or the secondary one. He’s a team player that will definitely help TSM if they want a more flexible playstyle than “playing through Bjergsen.”

This team on paper should be second, but it will heavily rely on the synergy between Dardoch and Bjergsen. If TSM allows him to play his style without shackles, then this squad can challenge Liquid for that number one spot.

It’s sad to see Sneaky not as an LCS starter and not for Cloud9. For as long as fans can remember, Sneaky was the face of C9, and it’s a little sad to see a legend disappear. However, C9 as an organization has always been fantastic at fixing up their squad no matter what people think of them on paper.

They lost last season’s MVP Svenskeren in favor of his backup Blaber. They also replaced their bot lane entirely with Zven and Vulcan. Zven had some issues getting used to TSM, but if any team can unlock his talent from when he was overseas, it’s C9.

Vulcan is a great support to have with a hyper carry like Zven, which makes this bot lane will be fun to watch. Whether or not Cloud9 can compete for first place is dependent on if Blaber can step up. He’s been a bit rocky during his limited time on stage, which does worry me that he will get outclassed by more veteran junglers.

Adding a veteran mid laner to a core that already played incredibly well towards the end of last season is a fantastic move by CLG. Crown has shown that he has some life left in him and is not going to be complacent.

The top side of the map with Ruin and Wiggily is a dark horse that fans tend not to respect enough. Ruin has shown that he is one of the best top laners in North America, and Wiggily can take over a game if given a slight lead.

This team genuinely has a chance to upset the top three teams on any given day. Look to place a bet on this team when they seem to be the underdog. They tend to surprise when all appears to be lost. Stixxay and Smoothie are veterans that know how to play under pressure and know how to turn around a deficit.

It looks like we finally get to see the duo of Ssumday and Meteos in the LCS again. It’s been too long watching this team falter from terrible roster changes and lack of direction. Cody Sun also returns to the team that kind of screwed him over a couple of seasons ago, but there seems to be no bad blood between them now.

Their biggest weakness last year was their mid lane. They never seemed to get it right even though they tried a bunch of players. Ry0ma is an Australian import who shined during tryouts, and according to 100T’s General Manager, PapaSmithy had a high baseline of skill and exceptional performance. This lead them to choosing him over North American residents like Pobelter or Damonte.

This team has a nice mix of young talent and veteran experience. If Ssumday and Meteos can return to their peak performance, then this team can break into the top three, but that will also rely on Ry0ma seamlessly transitioning in.

You give me this roster three years ago, and it would probably be first or second on this list. Alas, time hasn’t been kind to Jiizuke and Bang, and both are looking to redeem themselves after a disappointing 2019 season.

Picking up last year’s MVP, Svenskeren is a great look for this team, but he won’t be enough to compete for the championship. The advantage EG have is their veteran talent, but a lot has to go right for this team to make playoffs.

Granted, the teams below them are worse, so if they can consistently beat them, then they have a shot. Zeyzal’s experience from Cloud9 could be vital for this team to win close games. His synergy with Svenskeren will be valuable when creating plays.

Okay, hear me out on this one. This team isn’t that bad. I feel bad for putting FQ seventh because we have to go with what we know. Santorin somehow still has a jungle spot in the league, but this team could be doing much worse.

V1per showed a lot of potential last season with his ability to play carry tops. Ignar is a wild card coming from EU after a decent campaign. It’s close between this team and EG for that sixth-place spot, but I don’t think that Santorin can keep up against the better junglers in the league.

I expect them to stutter when it comes to their mid-game macro against any of the teams above them on this list.

I’m truly glad Immortals back in the NA LCS. Their organization was well run and brought a lot of innovative ideas to the scene. However, I don’t like their current roster. Paying all this money to bring soAZ over is a waste of everyone’s time. He used to be one of the best top laners in the world, but now I don’t think he’s cut out to be on a team.

It’s fun for nostalgic fans to watch him play, but I have serious reservations on how he’ll perform. Eika is new to NA, and I’m willing to give him the benefit of the doubt to see how he’ll play. He’s played on a few teams in the EU for a couple of seasons now.

The bot lane of Altec and Hakuho is underwhelming. It’s not a lane that can carry when it needs to since Altec has always been more of a secondary carry. With Eika taking time to fit into the league, I don’t see Altec stepping up to carry this team to wins.

Golden Guardians are “oof,” and the team after them are “oof” 2.0. Many fans are left scratching their heads as to how Goldenglue and Keith have LCS roster spots. For seasons they have bounced from mediocre team to mediocre team. Goldenglue’s best performances were when he was playing backup on Cloud9.

This is a roster built for disaster. The best thing they can do is to develop their young talent in Closer and FBI and see if they can replace Goldenglue and Keith with upcoming academy players. Getting to sixth place would be a miracle for this team. Expect some messy games that can end up being clown fiestas if GG stays in it.

Other teams should be taking notes. This is what happens when you pay $2.3 million to a player who is more brand than a player. Huni’s contract is fantastic for him. I don’t blame him for taking it. I blame Dignitas for offering it to him. They have created a roster that’s more meme than competitive.

It’ll be a fun team to watch for fans who support LCS legends like Froggen and Aphromoo, but it won’t be fun to watch if you want some good League of Legends. Johnsun will have a tough time showing his talent on a team that looks like a retirement home. I hope this team keeps some of their games competitive for the sake of the league, but there’s a good chance we see an 0-18 or 1-17 this season. 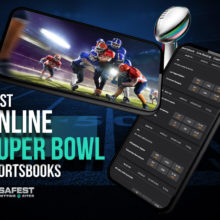