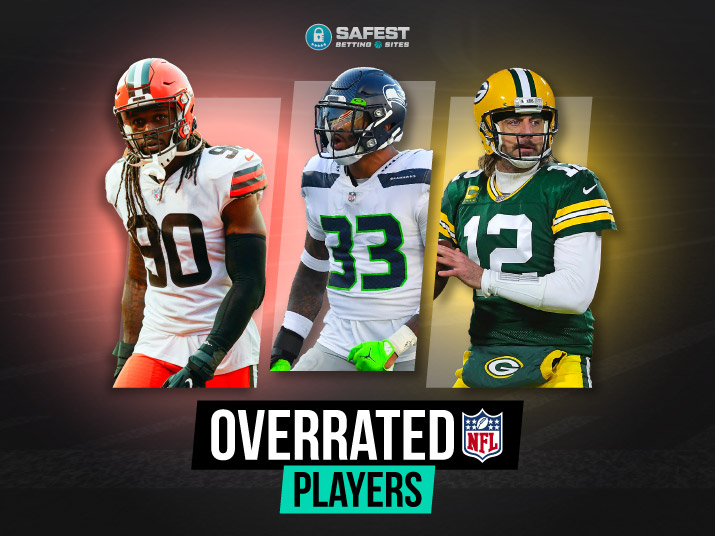 Whether or not we like to admit it, our lives get influenced by how we rank things. Everything is properly rated, underrated, or overrated, from restaurants to movies to players.

We love to rate them all. And that’s precisely why we are here, to tell you about the most overrated players in the NFL today.

I’m sure you remember when a friend recommended a restaurant, and his selling point was so high you couldn’t wait to try it.

But then, you did, and the experience was nowhere near as described. Maybe even a little expensive for the return, a.k.a. overrated.

That’s what you will find here. However, in terms of football players. What you will see in this blog post are those NFL names fans talk about a lot but, in the end, give you less than expected as a return.

Most Overrated Players in the NFL

An overrated player is the type of name you constantly hear in discussions and analysis before a game or season. But then, when push comes to shove, his performances are never what you expected.

It doesn’t necessarily mean the player sucks. He just gets a lot more recognition than he deserves.

Let’s go from the least overrated to the most.

When Odell Beckham Jr. popped into the NFL scene with the one-handed catch against the Cowboys, he took his stardom to another level. People said Jarvis Landry was next.

After all, they were best friends, played in the same college, and were regarded as similar talents. But Landry never took the next step.

He’s talked about as a consistent route runner with great hands. Yet, in his eight-year NFL career, he has only recorded over 1,000 yards three times, and he’s never had a double-digit touchdown season.

Many people in the NFL respect Landry, but the production across his career doesn’t match that respect. He’s not a game-changer by any means, and his numbers prove he’s good but not great.

He falls into the overrated category once you realize how average his production has been.

Safety Eddie Jackson had a breakout year in 2018, helping the Chicago Bears get to the postseason.

He recorded six interceptions that year, including two pick-sixes.

The safety proceeded to mail it in and forgot how to impact the game as he did before he signed his contract.

Jackson has recorded two interceptions in the last three seasons, both in the 2019 season. He had none in 2020 and none in 2021.

Once an impressive safety with a bright future, Eddie Jackson is now one of the most overrated safeties in the NFL.

When the Broncos drafted Bradley Chubb in 2018, most people thought they were getting the next Von Miller.

He was a stud coming off the edge with the work ethic to quickly become one of the best players in the league.

In fact, he actually proved it by recording 12 sacks in his rookie season. But after that first season, he hasn’t been anywhere near the expectations.

Chubb has recorded 8.5 sacks over the last three seasons combined as injuries have decimated him.

Whenever an analyst or fan talks about the Broncos’ defense, they mention Bradley Chubb, but the truth is he’s never on the field.

He qualifies as one of the most overrated players in the NFL based on how much they talk about him and how little he has contributed over the last three years.

Frank Clark is one of those names the analysts throw out there when talking about the potential of Kansas City defense.

But Clark and Chiefs D failed to deliver the production people expected when he joined the team in 2019.

In 2018, he recorded his best individual season in his last year with the Seahawks, posting 13 sacks and 27 QB hits.

Clark got traded to Kansas City a year later but never reached the same level.

Clark has never recorded more than eight sacks in Kansas City. In 2021, that number was just 4.5 sacks in 14 games. Overrated.

I know what you are thinking. What is even Aaron Rodgers doing in this list? Isn’t he regarded as one of the best NFL players in the history of the game? Yes, he is. And that’s precisely the problem.

The way people talk about Aaron Rodgers, you would think he’s the second coming of Jesus or something. Granted, he looks a lot like Jesus in the Easter movies from long ago.

The problem with Rodgers is that the narrative around him suggests that if he’s your QB1, your team is automatically a Super Bowl-caliber squad.

However, in reality, Rodgers has been the most disappointing postseason quarterback in the NFL over the last decade. The only time he reached the Super Bowl was back in the 2010 season.

Despite popular belief that Rodgers is a winning QB that will take you to the Super Bowl, he is 11-10 in his playoffs career, including 7-9 since 2011.

He suffered unbelievable crushing playoff losses in the past three seasons against the San Francisco 49ers (twice) and Tampa Bay. The last two as a home team favorite.

Aaron Rodgers is one of the most overrated quarterbacks in NFL history. It’s time to have an open discussion about it.

The Titans thought they were stealing the secret sauce from the excellent Steelers defense when they signed Bud Dupree to a 5-year, $82,500,000 contract in 2021. Nothing was further from the truth.

Dupree only started six games in 2021 for Tennessee, recording 3.0 sacks in those games. The injuries didn’t help him.

But he looked average whenever he was on the field and nowhere near the linebacker the Titans thought they were getting.

Bud Dupree can still bounce back and be a productive player for Tennessee. But he won’t reach the level they believed he was bringing to the table.

They overrated him right from the get-go.

Perhaps Dak Prescott gets an undeserving bad reputation just because he’s the QB of the most hated franchise in the NFL.

However, his reputation is because he hasn’t met Cowboys’ playoffs expectations.

Sure, two of the last three years of Dak’s career have been seasons where he threw for over 4,500 yards and at least 30 TDs. Yet his numbers are not the problem but instead his postseason accolades.

The Cowboys haven’t reached the NFC title game since 1995, and Prescott is 1-3 in the playoffs since he entered the league in 2016.

The Cowboys’ fans sell Dak as a top-10 talent every year, only to get disappointed in the end. It’s a yearly tradition at this point.

It bothers me a little that Saquon Barkley is on this list because I was a big fan when he was at Penn State. But his recent performances make him a worthy nominee.

The NY Giants drafted Barkley with the second overall pick in the 2018 NFL Draft, but he hasn’t lived up to the expectations.

Over the last three seasons, he has recorded 1,630 rushing yards and eight touchdowns combined.

Barkley was certainly injured in the past two years. Yet the problem is Giants fans still sell him as a top-tier running back every year when the numbers say he’s far from his old self.

The only thing New York Giants fans accomplish by doing all that barking about Saquon’s potential is landing him on the overrated list.

The spotlight will follow a player who talks a lot. If he cannot deliver, there will be plenty of jokes about him. That’s precisely what happened to Jamal Adams’ career.

He surely looked like an outstanding, soon-to-be great player in New York. But he talked so much that the spotlight, alongside all his many weaknesses, found him.

The Seattle Seahawks didn’t care about his lack of coverage skills and sent two first-round picks to the Jets in exchange for his services.

Quickly the Seahawks found out Adams was more smoke and mirrors than an All-Pro talent.

Many people still defend Jamal Adams’ poor skills on coverage. While he is still a topic of conversation as the best safety in the NFL, his impact on Seattle and New York’s defenses has been vastly overrated.

He can’t cover, and that’s why he deserves a spot on our list.

Jadeveon Clowney is by far the most overrated player in the NFL today and over the last few years.

The Houston Texans drafted him in 2014 to be a force rushing the passer, but he has been a disappointment at every turn.

Clowney has spent the last four years dancing around the league, selling teams the idea that he’s the missing piece on their defense.

Instead, he left Seattle, Tennessee, and Cleveland with 12 sacks combined over the last three years.

To put it into context, ten players in the NFL recorded 12 or more sacks in 2021 alone. The exact amount Clowney recorded over the last three seasons.

Hats off to his agent, who keeps selling his client to the highest bidder only to find him on top of the most overrated players’ list.

Bonus: Who Is The NFL’s Most Underrated Player?

Contrary to the overrated discussion, the most underrated player in the NFL is the LA Rams, Cooper Kupp.

The Rams’ wide receiver won the Triple Crown in 2021 with the most receptions, receiving yards, and touchdowns.

He also won the Super Bowl LVI MVP award, and I can argue he was the Most Valuable Player throughout the season.

Whenever there’s a discussion about the NFL’s best wideout, Kupp gets mentioned around the third place and sometimes even fifth.

The type of season he had in 2021 should end all discussions about who is the best wide receiver in the NFL. Somehow, people are still underrating him.

Bet on NFL Players at These Top Online Sportsbooks

Just like the players, there are overrated and underrated sportsbooks. Thankfully for you, our experts have properly rated the top NFL betting sites in the offshore industry.

All these online sportsbooks are trustworthy and will give you several juicy bonuses to bet on football.

Stay Tuned For Our Next List Of The Most Overrated NFL Players!

The press, fans, and teams won’t stop overrating players. This discussion will never end because football is an inexact science, and that’s just one of the many fun layers of the game.

We will have an update list next year, and new names will come up. For now, the top 10 most overrated NFL players list includes some big stars, and I’m sure there is room for many more. 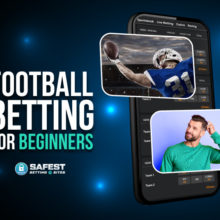 Football Betting Guide For Beginners: From A To Z 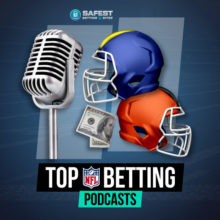