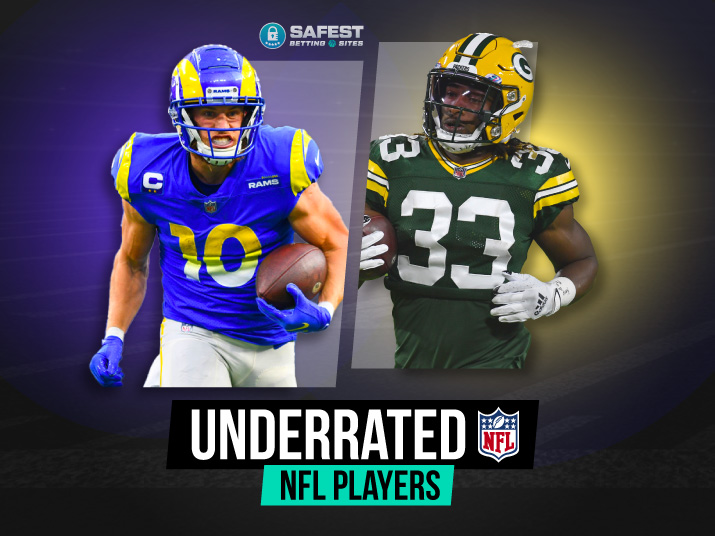 There are many quiet contributors inside football teams. Even names we know but maybe don’t understand how good they are and how massive their contribution is.

You won’t hear these names on TV sets or podcasts as the best in their position, but they ball out whenever their team needs them. Let’s take a look.

What Makes An NFL Player Underrated?

An underrated player is a name with tremendous value to their teams, but he doesn’t get enough respect in the mainstream NFL discussion.

You can always count on these players to perform well. But few talk about them as they get lost in the conversation when others perform at the same or higher level.

These underrated players deserve praise, and I’m for it.

Most Underrated Players in the NFL

Nick Bosa came out of the gate swing in 2019. As a rookie, he helped the 49ers reach the Super Bowl and almost got a ring in his first year.

Yet, after that season, people stopped mentioning Bosa as one of the best defensive ends in the game. Other names like TJ Watt, Myles Garrett, and Aaron Donald drive the conversation.

Bosa had 15.5 sacks in 2021, leading the NFL with 21 tackles for a loss. He has been a beast in every sense, but he doesn’t get the same respect as the names mentioned above.

Aaron Jones doesn’t get enough credit because he’s in an offense dominated by Aaron Rodgers.

The QB gets all the publicity, and rightly so. But Jones has done enough to be considered one of the game’s best backs.

He is a versatile player who can run and catch out of the backfield. But because Aaron Jones is not the fastest or strongest player, people never talk about him as one of the best in the game.

In 2021, Aaron Jones recorded 1,154 total yards alongside 10 TDs combined. He caught a career-high 52 balls coming out of the backfield. He can do it all.

Nick Chubb is a household name in fantasy football, but he deserves more love in the mainstream conversation.

Whenever TV heads talk about the best running back in the game, Chubb comes in third or fourth place in the discussion. Names like Derrick Henry, Jonathan Taylor, and Christian McCaffrey come first.

Chubb is just as or more decisive than McCaffrey, who is permanently injured. But he doesn’t get the same respect.

A few months ago, a reporter asked former WR Julian Edelman to name the best route runners in the NFL. To the surprise of many, Edelman mentioned Keenan Allen as a top-3 WR in this department. It caused some hysteria around the media.

But then, when looking at Allen’s moves to get rid of defenders, you can notice what Julian Edelman sees.

Allen posted 1,138 yards in 2021 after 106 receptions, alongside six touchdowns. Since 2017, he hasn’t had one season with fewer than six touchdown receptions.

Yet, he never gets discussed as one of the best WRs in the world. He shows up, catches balls, and stays out of any controversy. But make no mistake about it; if you don’t cover this dude, he will carve your secondary.

The Bengals surprised many when they reached the Super Bowl LVI. Oddsmakers had them as one of the worst teams in the NFL, but then they clicked and reached the big game.

Many gave Joe Burrow and Ja’Marr Chase all the credit. They deserved most of the credit but not all. The defense stepped up and played out of their minds as well.

One of the key players was Logan Wilson, a linebacker the average NFL fan doesn’t even know exists.

Wilson improved from 33 tackles in his rookie season to 100 in year two. He was great in coverage, especially during the postseason. In fact, in the 2021 playoffs, no one had more tackles than Logan Wilson.

Defensive End Danielle Hunter has been with the Minnesota Vikings since 2015, and right from the start, he has been a monster for that team.

Hunter never gets mentioned with the biggest names in the DE position because he has terrible injury luck. But he’s a difference-maker whenever he’s healthy, and guess what? He’s healthy now.

Since 2016, Danielle Hunter has recorded 55.5 sacks, just two shy of Von Miller, who is on everybody’s list of all-time.

If you ask fans for the best wide receivers in the NFL, you will come across 30 different names before you arrive at DJ Moore.

Yet, he’s one of the most consistent things inside a weak Carolina Panthers’ offense.

Since 2019, DJ Moore has recorded at least 1,100 receiving yards and four touchdowns each season. He’s the only functional piece inside a terrible Panthers team.

His production never fails despite having horrible QBs passing him the ball.

What the Cincinnati Bengals have on offense is unfair. They have WR Ja’Marr Chase as their number-one target in an explosive offense, and because he’s so good, people tend to forget about Tee Higgins.

Higgins is an underrated wide receiver that would be considered the number-one target in many other offenses.

Tee had 908 in his rookie year despite quarterback Joe Burrow’s knee injury early in the season. Then in 2021, he had 1091 yards and six touchdowns despite all the praise on Chase.

He’s underrated as anybody in the league. We should talk about how the Bengals have two number-one wideouts instead of just one.

Marcus Williams is unfairly looked at as the guy who missed the tackle when the Vikings beat the Saints in the playoffs game called the Minneapolis Miracle.

Most people don’t know that Williams is an All-Pro talent that delivers every weekend.

Once a critical part of the Saints’ defense, Williams took a massive contract to play with the Baltimore Ravens. Despite hitting the market and getting a lot of dollars, most people don’t mention Marcus Williams as one of the game’s best safeties, and that’s a tragedy.

In Baltimore, he will get a chance to prove his talent and make some noise. I know he’s criminally underrated for how well he has played over the few seasons.

Whenever people talk about the best wide receivers in the game, the name of Mike Evans never gets mentioned. It’s something unusual.

Before, I believed it was because most people don’t watch the Tampa Bay Buccaneers. But since Tom Brady joined the Bucs, they have been in a significant share of prime-time games.

Evans owns one of the hardest records to beat, with eight straight seasons posting 1,000 receiving yards. He got most during the 17-week seasons instead of the current 18-game schedule.

He’s a problem one-on-one, especially in the red zone. Most people never mention Evans in the best wide receiver discussion, and that’s a travesty.

I’m here to give Mike Evans his props as the most underrated player in the NFL today.

Bonus: Who Is The NFL’s Most Overrated Player?

We already gave this award to DE Jadeveon Clowney. Our article about the most overrated NFL players today has all the details.

He has tricked several teams into giving him massive deals in free agency, only to fall short of expectations.

Clowney has posted only 12.0 sacks in the last three seasons combined.

Yet, teams line up to give him new contracts, only to be disappointed in the end.

Bet on NFL Players at The Best Sportsbooks

If you consider betting on teams with the players above, know that even sportsbooks might underrate them.

That could give you an edge when betting on any of them. To bet, choose one of the offshore sports betting sites below.

What Can I Do With This Information?

The underrated players on this list are excellent playmakers. Make no mistake about it.

Many of them enjoy the “underrated” label, as they can stay in the shadows while beating their opponents when they don’t expect it.

Use these underrated names to take advantage of props, futures, and other betting lines that the oddsmakers might miss.

Bet On Underrated Players At BetUS 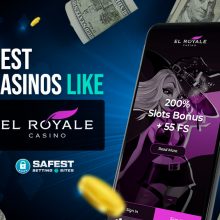 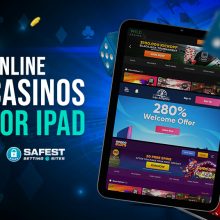