Home » Blog » Why You Need to Bet on Floyd Mayweather

Why You Need to Bet on Floyd Mayweather 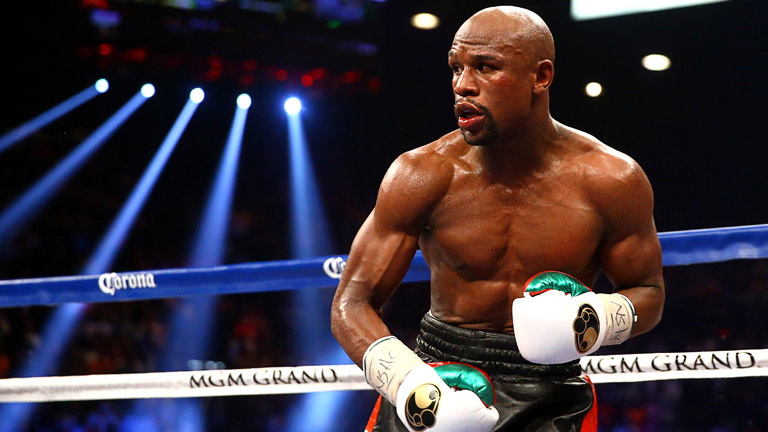 We originally published a story on Floyd Mayweather-Conor McGregor “super fight” when it was announced back in June, after months of speculation. The odds before the fight was announced were around -2000 in favor of Mayweather. 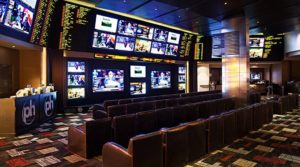 The fight has garnered more betting attention than all of Mayweather’s previous fights. However, they haven’t been on Floyd, one of the best boxers of all-time, and the owner of a 49-0 career record in boxing. Instead, nearly 90 percent of bets have come in on McGregor, who is one of the best mixed martial arts fighters today – but isn’t much more than an amateur boxer.

The sharps know a good bet when they see one…

Mayweather is a Steal 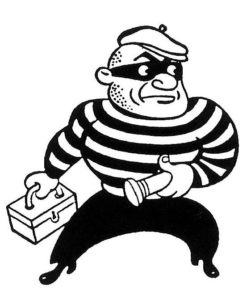 Forgetting Mayweather’s complete dominance in the sport for a minute, let’s talk about McGregor. He’s one of the best inside the octagon but has never fought a single professional boxing match in his career. Mayweather has beaten 49 straight opponents, many of them who devoted their lives to boxing at a very young age.

“Notorious” has been training for some time for the fight, but he was knocked around by South African welterweight, Chris van Heerden, a few months back. Realistically, McGregor would have a tough time beating any professional boxer, let alone, one of the all-time greats.

Laying $400 to win $100 isn’t something most sports bettors like to do, but when you consider that the odds moved due to public action and not sharp action, it makes a lot more sense. Vegas bookies and online sportsbooks are planting their flag with Mayweather. They stand to lose seven figures if he loses this one, but they are confident in their position.

And, you should be too. 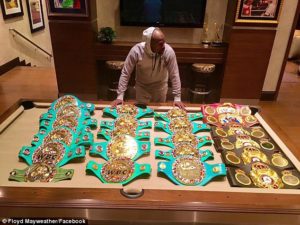 Let’s also remember that there are many paths to a Mayweather victory. He hasn’t knocked out another fighter since 2011, and a lot of that surrounds injury issues with his hands. Even his father stated that he might not knock out Mcgregor.

Of course, a knockout isn’t necessary for Mayweather to grab a victory. Although, if there were a time for him to knock out another fighter – an untrained boxer with no professional experience – would make for the ideal scenario.

He’s is thinking about the knockout, though. “It won’t go the distance. I look forward to ending the fight early. It’s not going the distance,” Mayweather said about the upcoming bout. He certainly has his best chance in a knockout in quite some time.

Mayweather’s fights aren’t always entertaining. Opposing fighters always have a tough time hitting him. Remember, he’s only been knocked down a single time in his entire career of 49 fights. No one can hit him.

I have to laugh at people who think McGregor may “catch him with a left-hook” and end his night with a single punch. Yes, he’s considerably older than McGregor, (40 years old compared to 28) but he’s taken on professional boxers in their prime with an exponentially higher skillset than some MMA fighter who has never boxed in his life.

None of them have ever had any success at beating him. Only one of them has ever knocked him off his feet. Mayweather can do what he has done for dozens of other fights. Connect with jabs and never let McGregor hit him.

McGregor is an MMA fighter, not a boxer (yes, I’ve said that already). It’s worth mentioning again, however, due to the much longer duration of a boxing match compared to an MMA fight. Boxers, simply, need more stamina.

Fatigue could lead to McGregor being so tired that Floyd knocks him out or wins easily by decision, but it could also lead to frustration. These guys have been going at in the media for months and clearly are not fond of each other.

If the fight isn’t going McGregor’s way or he simply gets angry with Mayweather – he may end up throwing an elbow, headbutt, or worse. Winning by disqualification is another way for Mayweather to achieve victory. 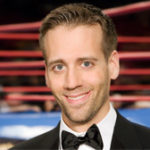 Of course, it’s not exactly zero percent, but it’s pretty damn close in my mind. Mayweather, at anywhere between -400 and -500, is one of the best bets in the last decade, in all of sports betting, not just boxing.

He can win 3-4 different ways, while McGregor doesn’t have a single realistic path towards a victory.

Bovada.lv still has the best price online for Mayweather for U.S. bettors at -450. Sign up and deposit today and receive a 50% Match Bonus Up to $250 to place on the Mayweather versus McGregor fight. 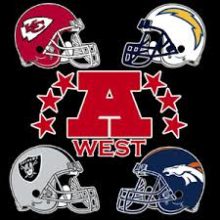 Betting the AFC West at Bovada and BetOnline 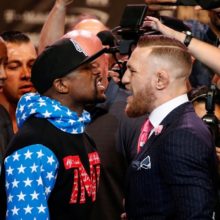 Mayweather vs. McGregor – Prop Bets at Bovada and BetOnline