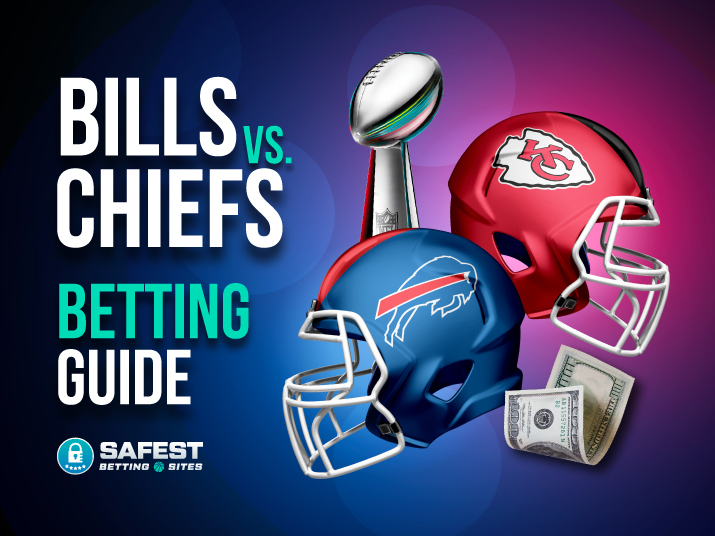 Currently, the best rivalry in sports belongs to Buffalo and Kansas City. And that’s why we had to create the ultimate Bills vs. Chiefs betting guide for everybody looking to wager on this fantastic matchup.

Early in this century, Tom Brady and Peyton Manning gave us incredible games every time they faced each other. Josh Allen and Patrick Mahomes have followed the same path.

This article will explore important data and storylines about these two teams and show you how and where to bet on the Bills vs. Chiefs rivalry.

Betting On Bills vs. Chiefs Games

Best Sites To Bet On Bills vs. Chiefs Games

The Bills and Chiefs are the top odds-on favorites to win Super Bowl 57. Kansas City is the current favorite at +425, while Buffalo is at +450.

These teams have a great chance to represent the AFC in the Super Bowl. Either will be the favorite in the potential matchup against an NFC team once the betting odds open.

Who is favored to win the next Bills vs. Chiefs game?

In the last four games between the Bills and Chiefs, the home team was the favorite in three of them. Buffalo was a 2.5-point favorite on the road in Kansas City in 2022, the lone exception.

The Bills covered the spread by winning 24-20 in that regular season encounter.

No matter the location of the next game, Buffalo is likely to be the odds-on favorite to win.

Bet Now On The Next Game

Who won the last Bills vs. Chiefs game?

Buffalo won the last Bills vs. Chiefs game with a 24-20 in week 6 of the 2022 season. The Chiefs were 2.5-point home underdogs and failed to cover the spread after losing by a four-point difference.

Since Josh Allen became the Bills’ QB, the series is 3-2 in favor of Patrick Mahomes and the Kansas City Chiefs. They have faced each other twice in postseason games, and the Chiefs won both.

The most prominent meeting was the instant classic in the 2021 AFC divisional round, in which Kansas City won 42-36 in a thrilling overtime game. Yes, that’s the famous 13-second Patrick Mahomes drive to tie the game.

Both the Bills and Chiefs were part of the AFL in 1960 and ten years later joined the NFL.

Kansas City has won two Super Bowls, while Buffalo has won none, despite recording four appearances in the 90s.

Their rivalry, however, is more of a modern affair than a historic battle.

Let’s look at the Bills vs. Chiefs’ matchups since they joined the NFL.

Bet Now On Bills vs Chiefs

The first game ever played between the Buffalo Bills and the Chiefs was back in 1963, and it ended with a 27-27 tie.

Despite not sharing the same division, the history of these two franchises is long and filled with significant games.

The Bills and Chiefs played the first-ever AFL/AFC Championship game, deciding who would be in the first Super Bowl.

They also met nine out of ten years between 2008 and 2017. Neither team reached the Super Bowl in those years.

However, in playoff games, the Kansas City Chiefs lead the way with a 3-2 advantage.

With Mahomes and Allen entering the prime of their careers, the number of times these two teams will meet in the playoffs will increase.

As mentioned above, the Chiefs lead the postseason series with three wins over two from Buffalo. Although they haven’t met a crazy number of times, those games have been significant.

The 1966 AFL Championship game sent the winner to Super Bowl I to face the Green Bay Packers. The Chiefs beat the Bills 31-7 and took part in the first-ever Super Bowl.

Out of the five playoff meetings between both teams, three have been AFC/AFL Championship games, and twice they met in the divisional round.

Their most memorable playoff meeting happened in the 2021 season when the Chiefs beat the Bills 42-36 in one of the greatest games of all time.

The game got decided in overtime, but the last two minutes of the regular season are regarded as one of the most prolific moments in football history.

Both teams combined for 28 points in the fourth quarter in an outburst of offensive football between Josh Allen and Patrick Mahomes.

After losing the AFL Championship in 1966, the Bills had to wait until the 1993 season to get some revenge. Buffalo beat Kansas City 30-13 and took a fourth trip to the Super Bowl, where they lost the big game for the fourth straight game.

They met again in the 2020 AFC Championship game, where the Chiefs won 38-24 to earn a second consecutive trip to the Super Bowl.

A curious stat about this series is that neither team won the Super Bowl when they met in the playoffs.

Best Bills vs. Chiefs Bets You Can Place

Every time the Bills and Chiefs face each other, there are multiple opportunities to place exciting bets. It goes from the usual spread to fun and attractive propositions surrounding one of the best rivalries in sports.

Let’s take a look at the most popular ones and understand how they work.

The NFL moneyline bet is a wager on the team winning the game without caring for the point differential. Usually, the home team comes up as the favorite.

The Chiefs won three of the five meetings they played in the Josh Allen vs. Patrick Mahomes era.

Yet, consider the visitor of the series has also won three of the five meetings. Twice, the Bills won in Kansas City, and once the Chiefs did it in Buffalo.

The NFL point spread creates an even playing field between the two teams. The oddsmakers produce a projected margin of victory, and the bettor takes either side.

For example, in the 2022 regular season between the Chiefs and Bills, Buffalo was a 2.5-point favorite in the spread. The Bills won the game by four points and covered the 2.5-point spread as favorites.

Kansas City would have covered if the Chiefs won the game or lost by up to a two-point difference.

An NFL over-under bet, also known as the game total, is a wager on the total points combined between two teams.

Your goal is to predict whether the total score will be over or under the number given by the oddsmakers. For example, three of the last four meetings between the Chiefs and Bills have gone OVER the total.

In their regular season meeting in 2022, both teams combined for 48 points. The UNDER cashed as the total number given by the oddsmakers was 54.5.

An NFL prop bet is a wager on whether something will happen during a specific sporting event. It has nothing to do with the result of the game.

The most popular NFL prop bets are about yards, touchdowns, receptions, and more involving the production of a particular player.

The most popular prop bets in the game Bills vs. Chiefs rivalry usually are about how many touchdowns Josh Allen and Patrick Mahomes will score.

Others are also enticing, like how many receptions Travis Kelce or Stefon Diggs can record.

It’s another great way to have fun within the game and make the Bills vs. Chiefs betting experience even more entertaining.

Where To Bet On Bills vs. Chiefs Games

Whenever the Bills vs. Chiefs meet, it becomes an event you can’t miss. To bet on it, you need a safe sportsbook that has your back with great promos and competitive odds.

Below you will find the best sports betting sites to bet on the Bills vs. Chiefs:

Read Our Review Of The Best NFL Betting Sites

How To Bet On Buffalo Bills vs. KC Chiefs Online

If you have never bet on the Bills vs. Chiefs online, follow these quick steps:

Bet On The Next Bills vs Chiefs Game

Here are some tips that will help you bet on the Buffalo vs. Kansas City matchup:

Betting Tip #1Monitor the lines throughout the week

Always look at the opening line number and follow the movement throughout the week.

Look for value whenever the line moves, and don’t be afraid to take the other side once you think the number has moved too far.

Betting the point spread is the most popular form of wager, but there are more opportunities than just betting on the spread.

Always look at the game totals and the many props around these matchups. Maximize your betting opportunities by diversifying where you place your money.

Follow trends and team forms but don’t fall in love with them. As mentioned earlier in this article, these teams have beaten each other on the road, so don’t overvalue the home field.

The hype will almost always tell you this game will be a high-scoring affair.

It’s better to do your homework; if that’s the conclusion, so be it. But don’t just follow the hype train.

When is the next Bills vs. Chiefs game?

There has yet to be a date for the next Bills vs. Chiefs game, but it will almost certainly be during the NFL 2022 playoffs.

How to watch the Bills vs. Chiefs?

The TV rights of the AFC belong to CBS. You can watch it on your local CBS station or the NFL Game Pass app.

What team is most likely to win the Super Bowl 2022?

The Chiefs are at +425 as the favorites to win the Super Bowl. The Bills are just behind them at +450.

The Kansas City Chiefs are likely to win Super Bowl 2023. Kansas City will be among the favorites as long as Patrick Mahomes is their quarterback.

Learn More About How To Bet On NFL Games 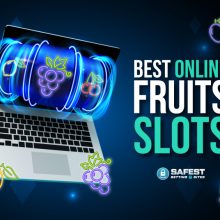 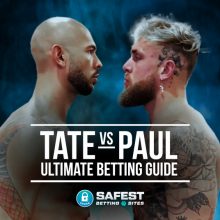