TopBet has a long history in the online betting industry, and much of the press they have gotten has been negative. They’re another cautionary tale in why we warn players to be careful of scam sportsbooks that have red flags with ownership and other factors. The online sportsbook and casino now look to be close to shutting their doors altogether.

TopBet initially launched in 2002, during the heyday of online gambling in the United States. Unfortunately, even before the UIGEA was passed and things got tougher for online gambler operators – TopBet and their parent company, FutureBet, did not have a good reputation. They had a reputation of fraudulent activities, such as slow payments and non-payments. FutureBet still operates today, and their ties to the company certainly hurt TopBet when they looked to rebrand over a decade later. They stole over $1 million from players and are still operating in the form of Oddsmaker and other gambling websites. $1 million is the bare minimum they have taken from players and affiliates over the years. The actual amount is unknown but is likely much higher. 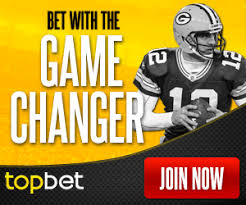 TopBet relaunched their brand and platform in 2012 and aimed to right previous wrongs. They told many outlets, including SportsBookReview.com that they were under new management and that the new regime didn’t have ties to the past administration. However, they were still using FutureBet software, which to our understanding, meant they were still paying some sort of royalty or fee to FutureBet.

Things at TopBet were good. We even recommended players give them a shot as it appeared things have turned around for the better. We still educated bettors on their past and that their risk levels were higher than other books. However, they were paying players, offered bonuses and lots of promotions, and had a stable platform and software. Their odds were never that great, but indeed, could be beaten by sharp gamblers.

Fraudulent Issues Start In 2017 At TopBet.eu

TopBet received a rating upgrade from SBR in Dec. 2016 before things started to go south and problems became more apparent. Lots of other sports betting websites and forums also promoted TopBet.eu. They got a lot of customers through active promotion in the offshore gambling community. They’re also one of the few sportsbooks that took players from Asia countries and the United States. Their operations were based in Manila, Philippines, but they were still licensed in Curacao.

Anyway, things took a downhill turn since their increase in rating. Scams and problems started popping up not even two weeks later, as they posted a complaint from a player. Then another complaint about TopBet was posted. In Feb. 2017, TopBet offered a player a $400 cash bonus if they would cancel their payout. Yeah, things are getting worse and with these shady practices is a reason they are considered to be a scam. Be cautious around anything related to TopBet, as the fraud and problems seem to always follow.

TopBet Is A Scam Sportsbook That Is Still Operating

We did our part when we realized the problematic situation at TopBet was headed south. Our TopBet Review was updated with a warning. We posted TopBet warning news pieces in April and in August, warning players about TopBet, which is a site that is still being promoted by sports betting websites.

Emails And Complaints About TopBet.eu From Players

At Safest Betting Sites, we’ve gotten a lot of emails and complaints about TopBet from players who have had bad experiences. The most common question is: Do you think I will get my money? That’s hard to say, the first thing we recommend you do is read our if you’re not being paid by your sportsbook article.

From the people that have contacted us regarding the TopBet Scam – there have been a few that received payments months after they requested a withdrawal. So, there is hope. Unfortunately, TopBet is likely “operating on the float,” meaning they’re using deposits from customers who made an account or reloaded for the football season to pay past due players. They even dropped Bitcoin as withdrawal method from their payouts options and offer no explanations for why that is the case.

It’s most likely because they’re unable to pay players quickly, so they decided to forgo using it. Bitcoin is now a staple for online sportsbooks servicing Americans and is the fastest and cheapest cashier method, for both players and sites. We’re not rooting for TopBet to go under. We are merely reporting the facts about the problems at TopBet to bettors out there. We hope they come out of this and get through their backlogged payouts.

In the meantime, stay away from TopBet.eu until further notice.